Seth and the Moody Melix

After receiving his Master’s Degree in Elementary Education from the College of Saint Rose (Albany, NY) in 2010, Seth realized through his student teaching experience that all kids truly do learn differently. There was one child in particular that was a bit of an outsider and was not very interested in what the class was doing and therefore wasn’t really learning. When Seth decided to introduce music into his curriculum this particular child came to life. He became interested, vocal and excited about what was happening in the classroom.

This really hit home with Seth and after he completed his student teaching experience he started watching his own daughters and what they seemed to gravitate towards on the local channels for children. Music was what they wanted most. However, the local music channels were not “parent friendly” as far as when you have to listen to the same music over and over (as anyone with children knows… you will) you need to be able to somewhat enjoy it. Seth realized quickly that there was a void he could fill in this industry to educate young children through the avenue of music, while showing the parents a good time too!

Seth teamed up with legendary percussionist, Brian Melick, and violinist extraordinaire, Doug Moody, to add their special touches to the guitar and lyrical work he had created. Seth wanted the music he wrote to be fun, but full of meaning and have a value to children and parents alike.

The song “Pickle Pie” was the 1st children’s song written, which came from sitting with his oldest daughter after dinner one night as they discussed what to have for dessert. She said, “I like pickles but I want pie, how about pickle pie?” and everyone at the table started laughing. The more Seth thought about what his daughter had said the catchier it sounded and he began thinking of ways he could turn something silly into a geography lesson.

He started thinking of values that were important to parents and what he was trying to instill in his own children; honesty, respect, patience, so he started to incorporate these into his lyrics. From there he developed his character education residency program to help further drive home this message and was even able to incorporate anti-bullying into the program.

He teamed up with BOCES to offer this opportunity to local schools. The children’s, along with the faculty’s, response to his first residency was so incredible it gave Seth the affirmation that he was doing something that was meaningful and making a difference to the most important people on the planet, the children! 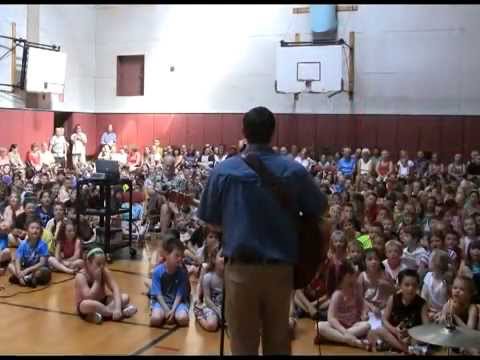 "We've seen you guys before and know of your awesome reputation amongst the area families." - SaratogaMama Magazine
"Thanks for your amazing performances! We got such wonderful feedback from the teachers, parents and the PTA moms." - Shenendahowa School District
"Thank you again to you, Brian and Doug for a fantastic show today!" - Saratoga Springs Public Library
“You were fabulous!” - Nancy Fuller, Food Network Chef
“Seth and the Moody Melix were an entertaining, engaging group that kept our students interacting with them through their entire performance.” - LaFargeville Central School